Listen and Watch with our Live Streaming

DYDW-AM
Tacloban City
The idea of putting up a Catholic station in Tacloban City came from an original plan of the Divine Word University to establish an educational radio station in 1980.  The plan, then was encourage by Mrs. Imelda Marcos.  she sponsored its application to the National Telecommunications Commission.  A feasibility and viability study of this project was made.  The findings were made the basis for the funding application to Misereor.  Funds were approved in 1983.  But in the meantime, the NTC permit to construct and to purchase had expired.
Attempts to renew the permit encountered difficulties.  the project was temporarily shelved and the funds were returned to Misereor with a plea that the request would be renewed at sosme future opportune time.l
In November 1986, after the EDSA revolution, the plan to build a radio station in Tacloban was revived.  The DWU Board of Trustees passed on the undertaking of the project to the Filipinas Broadcasting Association, Inc.  which was already operating station DYRF in Cebu City.  The radio station was supposed to accommodate the practicum requirements of the Masscom students of DWU.  The station was to be located outside the university campus, 5 kilometers from Tacloban Center, along the highway to the city airport.
In January 1988, 75% of the cost of building and equipments was received from Misereor.  Construction of the station started in May 1988, but in November, typhoon Yoning toppled the newly constructed antenna tower and damaged parts of the building construction.  Bad weather delayed the installation of the transmitter and studio equipments.  But even while waiting for the normalization of the city power supply affected by the typhoon, the station was blessed by Archbishop Pedro Dean of Palo on February 26, 1989. Regular broadcast followed on Easter Sunday of 1989.
The programming of DYDW is patterned after DYRF with dramas in Waray, the language of the region.  The initial broadcast was hardly six days old when a major technical set-back occurred.  The transmitter transformer burnt up due to high voltage surge of LEYECO power supply line.  This happened seven times between April and December.  The use of brand new auxiliary generator did not help.
From December 1989 to December 1990, DYDW broadcast was sustained by an old DEECO transmitter giving only 1.5 to 2 KW. During the second rating survey of 1989, DYDW was off the air.  As a result of being the last spot or not being listed at all in the ratings report, no advertising sales for DYDW were generated in the two subsequent years, even as a new 10KW Nautel ND-10 transmitter was installed in January 1991.  In the next rating survey in October 1992.  DYDW took second place in the AM category.
Pioneering drama production in Waray and carrying alternative news program and personality shows with Catholic - value orientation proved difficult.  Talents both for drama and talk shows and news reporters were "raw" even if college-trained.
Initially, the Sisters of the Daughter of St. Paul working with the youth in Tacloban and seminary fathers designed their own programs for Sundays.  The Angelus in the morning, noon and afternoon; daily rosary; Wednesday Mass; novena prayers and value spots were part of the daily programming.
To sustain and improve the religious programs, some Tagalog dramas produced by the National Office Mass Media for PFCB were added, as well as drama materials from the Anchor Foundation.
Like station DYRF, station DYDW-AM provides the key link in Region Vlll for the strengthening of PFCB nationwide networking as well as fulfilling the need of evangelization through media for the Diocese of Palo. 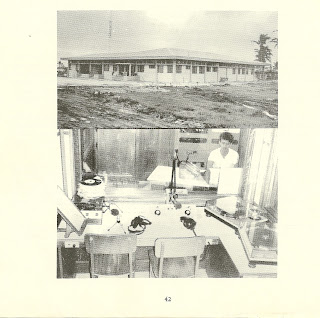 Thanks to all our Donors